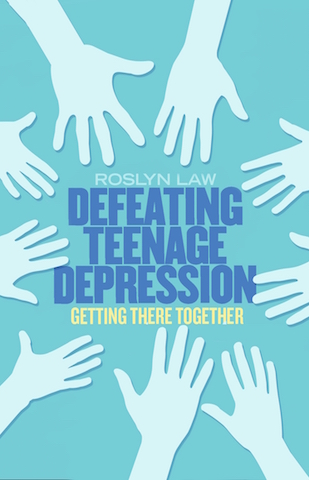 Who gets depression? Depression can affect anyone, no matter what age, gender, intelligence or background. It is more common if someone else in your family has depression too.

How often does it happen? About two to four per cent of children and around four to eight per cent of teenagers have depression. Teenage girls are twice as likely to get a diagnosis of depression as teenage boys.

Depressed or sad? Depression is more than being sad. It changes your mood, making you low or irritable a lot of the time, but it also changes how you feel in your body, making you tired and slowing you down. It makes it harder to concentrate or feel interested and you might feel guilty or hopeless about your future or ever feeling better. When you are sad you can feel better if something good happens. This is harder to do when you are depressed.

What causes depression? There is no single cause and often a mixture of things contribute, such as stressful situations like bullying, big changes like families splitting up, being isolated and not having someone to talk to or losing someone you care about when they die. Being neglected or treated badly when you were a young child increases the chances of depression, as does being physically unwell. Depression also runs in families so some people are vulnerable to depression because of the family they were born into or grew up in. Some people explain depression in terms of a chemical imbalance in your brain that causes the symptoms.

How long will it last and will it come back? 50 per cent of young people recover within three to twelve months and 90 per cent within two years. Treatment can reduce the length of time a young person is depressed. Depression comes back within five years for 70 per cent of young people, but the chances of another episode of depression are reduced if it is treated effectively the first time it happens and if treatment is started quickly when symptoms return.

Is it dangerous? Thinking about death and dying is a frightening part of depression for around one in five adolescents. For many young people with depression this is a way of wishing the bad feelings would stop and does not lead to harming themselves. Around six per cent of adolescents make a suicide plan but only half of that number act on it and many of them will not succeed in completing their plan. Girls are twice as likely as boys to make a suicide attempt but boys are more likely to complete the plan. Some young people act impulsively without a plan, especially if they are very anxious or using drugs including alcohol, which make behaviour less predictable. It is very important to tell someone and get help if you feel this way. It doesn’t mean you are going mad or are going to hurt yourself, but it does mean you need some extra support.

If you are troubled by thoughts of dying or life not being worth living, there is help available 24 hours a day. Contact your GP or Childline (or call 0800 1111) or go to your local A&E department. People who are trained to talk about these difficult feelings can offer immediate support and help you to think about the longer-term options for managing depression.

Which problems often go with depression? Up to 60 per cent of young people also have symptoms of other problems such as anxiety, behaviour problems (being aggressive or violent), deliberate self-harm (such as cutting or burning), and substance misuse problems. Treating depression is likely to help and can make it easier to manage other problems, but sometimes the other problems need special treatment too.

What will help? Lots of young people recover within a few months without any treatment. However for some young people it takes longer and they need treatment for depression to improve. Talking therapies, like IPT-A, Cognitive Behavioural Therapy (CBT) or Family Therapy, and anti-depressant medication have all been shown to be helpful and speed up recovery.

Published by Robinson Defeating Teenage Depression: Getting There Together

by Roslyn Law is available from Amazon.